LONGER THAN USUAL DELIVERY TIMES: TEXT US FOR UPDATES! 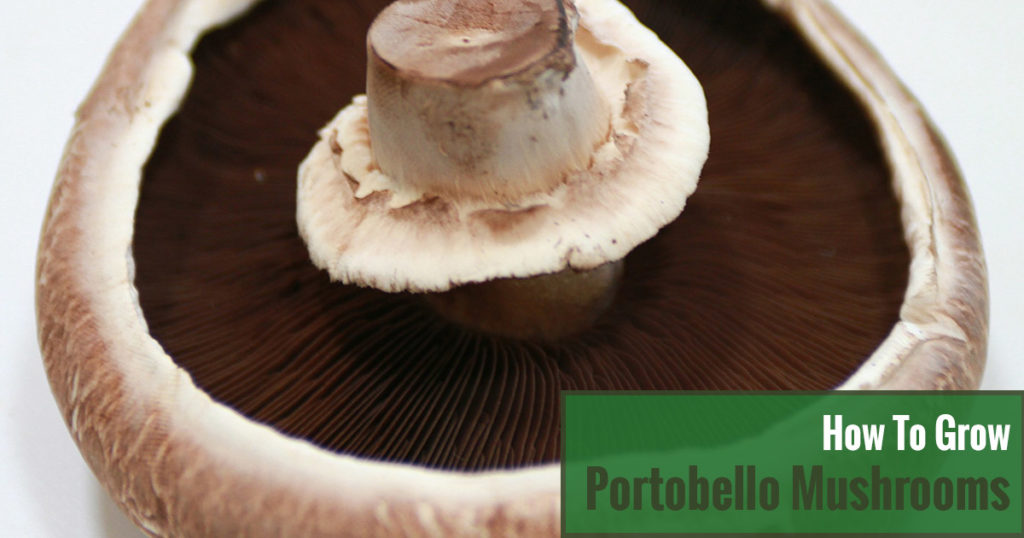 Disclaimer This page may include affiliate links to Amazon and other partners. Affiliate advertising programs are designed to provide a means for sites to earn fees by advertising and linking to products.
185 shares 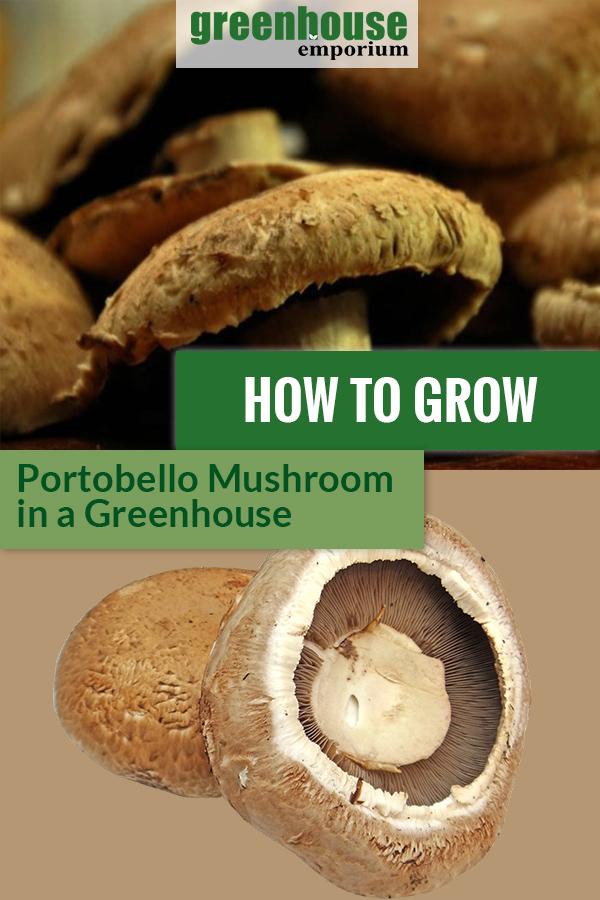 Portobello, Portabella, or Baby Bella. You may be wondering what is the difference? They may have varying names in different areas, but they are just the same. Below its caps, it has its unique gills that seem like webs. They are oversized crimini that have attained full maturity. It is considered to be one of the biggest species of mushrooms because it can develop up to six inches. Grab the opportunity to know how easy it is to grow this mushroom right in your greenhouse.

It is a lot easier to produce mushrooms nowadays than it ever has been. It is simple. You are in control and best of all, this is so much fun. Home gardeners can now have access to almost every need from greenhouses down to your handy dandy kit.

This superfood is extremely rich in Vitamin B, antioxidants, fiber, and phosphorus. It is oftentimes used as a substitute for ground beef for an appetizing low-calorie vegetarian burger and a yummy grilled one.

Portobello mushroom essence is another option if you are looking to defeat free radicals and even the horrifying cancer cells.

Mushrooms are not really like other traditional plants. They do not originate from seeds, but rather of very tiny spores. Their spores and certain specific nutrients synthesize into what is described as mushroom spawn. They are accountable for the growth of mycelium which is the mushroom’s little, threadlike roots. A healthy case will bear your first mushroom in your greenhouse three weeks after you begin. It will last for two more months.

Gardeners introduced mushrooms after the Civil War. They started growing in North America by operating in dark areas under greenhouse benches. They are native to the grasslands in North America and Europe. The market for Portobello mushrooms is expanding these times and is trendy nowadays. There is no doubt that they are popular with a lot of customers.

Mushroom farming is also treated as a waste-recycling project. Mushroom farms help the environment by utilizing several tons of mulch hay, straw-bedded horse compost, and chicken manure. These are deemed agricultural waste products and may never have a place if it were not for mushroom production.

Here is how you can easily grow mushrooms in a greenhouse

Portobello mushrooms thrive in nutrient-rich compost. The ideal substrate to use is straw mixed with horse manure.

You will need 45 pounds of well-rotted fertilizer for a 100g spawn. The recommended high-grade compost for your mushrooms is horse manure which is readily collected from stables. Prepare your compost pile in an open shelter or shielded by some kind of wrapping. A tough polythene layer will do. Be sure that your compost is free from worms, or invertebrates, which will consume the spawn. The compost will be clean if composting temperatures are attained.

Be sure it is well soaked. Fork into a pile and press down tightly. In a few hours, the temperature in the center of the stock should increase and become hot. Shift the heap every two days for two to three weeks by forking the external cooler compost into the middle and moisten every time. Your compost is set when it has displayed a dark brown color and has a sugary smell, it should be quite moist to be able to pinch out a few droplets of water.

Portobello mushrooms take about a week to mature from the moment the little head emerges from compost. Do not rush to harvest, though.

If you are new to raising Portobello mushroom, the simplest thing to prepare them is to purchase your own handy kit. This is ideal for beginners. It arrives with an entire set of the stuff you need and expects the almost minor struggle to produce them. All you need to do is open the case and continuously moisten them.

You should watch out for dark-winged fungus, gnats, scuttle, or phorid flies, which may lay eggs on the compost. The larvae that hatch from these eggs damage mushrooms during all their stages of growth. Eliminate any organic debris. Practice good sanitation habits.

Pseudomonas bacteria are a problem too. They reproduce in standing water or wherever there is moisture. It creates grayish-brown sores on the mushroom cap in which the slimy liquid accumulates. Prevent stagnant air sacs by having a good airflow.

Portobello mushrooms require a lot of water. So ensure you water the trays between five to seven inches every two days. However, you have to ensure the substrate is merely damp and not wet. Prepare the proper kind of water. Chlorine water is not suitable for mushrooms.

Water regularly during the cropping season. It is wasted throughout evaporation and transpiration. The mushroom takes up water toward its cells. It is restored after watering the casing sheet. The rise in the weight of the mushroom from pinning to growing is linked to the active uptake of water from the casing and fertilizer.

Mushrooms do not have chlorophyll. It means that they do not receive any nutrients and strength from the sun. During spawning, the greenhouse area needs to be as dark as possible. The area should be sheltered from direct light. Portobellos want total darkness because any amount of light causes them to grow dark brown caps. However, they require dim light when they start forming heads. During this stage, light from a fluorescent lamp or indirect sunlight would be sufficient. Greenhouse kits that can offer this kind of lighting are ideal.

You can also dim a section underneath your benches by using shade cloth. Check out greenhouse and garden shade clothes here!

Mushrooms thrive best at a balanced temperature of approximately 60°F. They don’t grow well under 60°F or over 68°F. Use a thermometer to achieve the right and steady temperature. Starting your mushroom to a colder temperature and clean air is a huge help for their maturity.

Harvest Portobello mushrooms when the heads attain a diameter of about four and six inches. Pull by rotating the cap till the mushroom comes off. Do not hurt the little ones nearby. Discard broken and defective stems. Load the chambers with a casing.

Do you have any tips for growing mushrooms in a greenhouse? Share them with us in the comments! 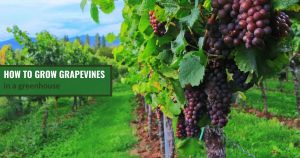 How to Grow Grapevines in a Greenhouse 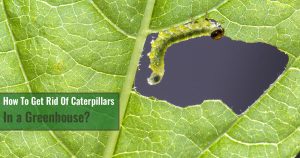 How to Get Rid of Caterpillars in a Greenhouse 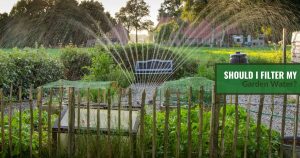 Should I Filter My Garden Water?